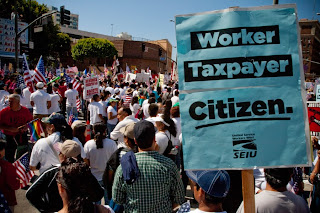 I think it's delicious that Georgia's and Alabama's stern stance against undocumented workers has resulted in BILLIONS of dollars in lost revenue to the states due to there being no one to pick their crops.

Having said that I don't like the connotation that the only job Mexicans are qualified for is picking crops.

Two notes on these photos, they were taken last year at the May Day Rally and I don't really know exactly how much fiscal damage this crisis has actually caused, but a billion dollars sounds like a pretty big number so there you are.

(click on the photos and make them bigger.
They're meant to be viewed full-sized.) 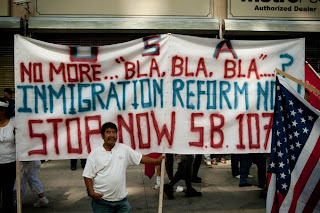 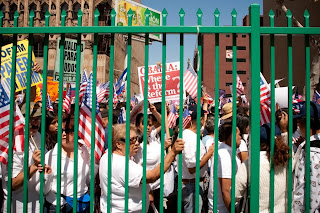 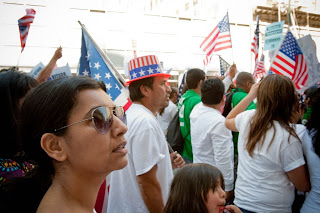 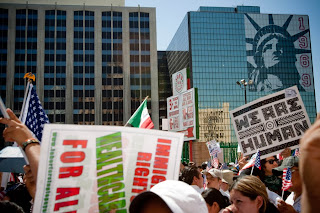