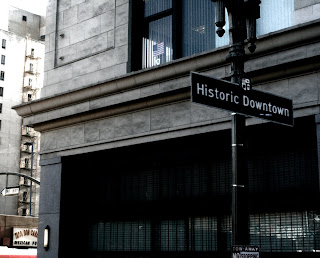 Eddie Mars: Convenient, the door being open when you didn't have a key, eh?

Hollywood Cinema. They say it has strong roots in German Expressionist films, which, if you think about it is kind of odd considering it’s called Film Noir. Anyhow, maybe it’s this obvious shirking of its duty to pay some homage to the French, or the dearth of actors with anything-but-alabaster skin, but I never really got into this genre of film -- or literature. 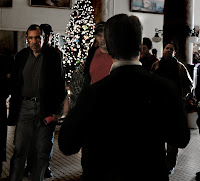 Philip Marlowe: Not particularly.
General Sternwood: Ugh. Nasty things. Their flesh is too much like the flesh of men, and their perfume has the rotten sweetness of corruption.

So I think a great idea of a new genre of fiction would be detective capers that have only people of color in them. It makes sense really,

when you think of it. Who better than brown and black people to solve crimes -- I mean, we’re the ones committing them, right? Might as well capitalize off the stereotype and innovate a new genre of movies & literature. And I’m not talking the Ice-T sidekick in Law & Order neither.

General Sternwood: How do you like your brandy, sir?
Philip Marlowe: In a glass.

Several things would have to

change though:
1.) The films couldn’t be in black and white, for obvious reasons. The heroine’s pale, ivory-like skin wouldn’t exist to inspire lust in the hard-boiled detective. Hmm…how to solve this?

2.) Vice of choice couldn’t be alcohol; while brandy is delicious, it’s not what we do.
3.) The constant verbal banter and metaphorical language would frustrate the hell out of us. We believe in straight talk.

And our version of exotic might be a little different.

Carmen Sternwood: You're cute. I like you.
Philip Marlowe: Yeah, what you sees nothing, I got a Balinese dancing girl tattooed across my chest.

Overall, I think we could do a pretty good job of carrying out the vision that Raymond Chandler had when he was chronicling his protagonist’s discovery of Los Angeles’

underbelly. It might be a bit more colorful and the crimes & crime-solving process a bit more straightforward, but we could definitely pull it off. My only question is, would people pay for a $60 bus tour and listen to a guide all day long to admire our dark brilliance? Perhaps if there was gelato involved. 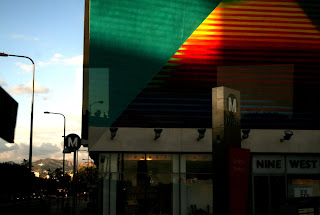