Once, three overweight, right-winged Republicans with racists backgrounds and a penchant for war found themselves about to face a Spanish firing squad. They were as dumb as they were ugly, each one dumber then the first, but being resourceful tools of the devil they uncharacteristically managed to come up with a plan of escape; a plan well beyond their usual capacity for inspiration.

The first Republican was called up on Monday. The Spanish firing squad leveled their weapons. “Ready.” The Spanish commander bellowed, “Aim.” Just then the first

Republican pointed behind the firing squad and yelled, “Tornado!” The squad panicked, ran in each and every direction, found a heavy bathtub located in the basement and huddled close to each other for safety. Meanwhile, the first

Republican casually sauntered away, free to rape and pillage the world’s poor and underpaid.

The next day, the Spanish firing squad still feeling unnerved by the tornado which swept through the fort the night before, faced the second Republican. The squad commander again raised his sword for his ritualistic chant, “Ready. Aim.” At this time the second Republican seized upon the

inspiration of his comrade and yelled, “Earthquake!” The Spanish firing squad dropped their weapons and again ran in desperate search, this time of a heavy table or doorway in which to hide under. Again, the Republican walked away

On the third day, the firing squad was not feeling so well having not been able to kill anyone since Sunday. Today was their day, they hoped, the wrath of mother Nature shall not interfere. The third Republican, the dimmest of the bunch, was brought before them. With a squeak in his voice the

commander said sheepishly, “Ready. Aim.” The third Republican was no dummy. He had watched his brothers fool these Spaniards before, surely he could do the same. So with his best fear impersonation he pointed behind the firing squad and screamed the most horrific natural disaster he could possibly think of, “Fire!”

The firing squad pulled their triggers and the third Republican died slowly.

That joke, courtesy of the 5th grade. 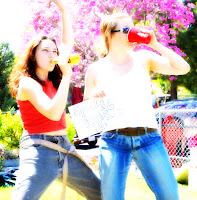 Let the stores sell their wares
With their overprices
I will deal used teddy bears,
And electrical devices.
If you want the thrill of a sale
Without the big fat bill of sale. 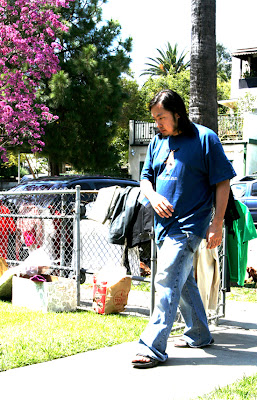 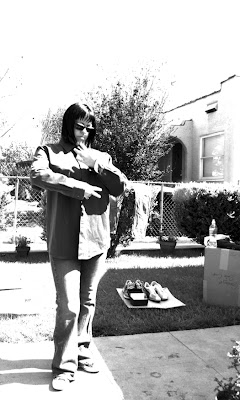