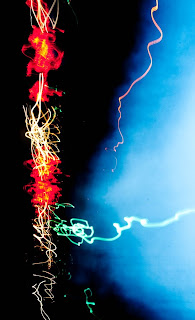 A burning in the lungs is expected when one is running from the police. And why not run? -assuming you’re guilty. They may not even be aware of it yet, or you for that matter, although, suspicion that a law you’ve never heard of might be broken accidentally, without either party being aware is good enough reason to run in the first place.

The story goes easy if you’re willing to listen.

A criminal has to be told that he is one. No that’s not always true, there are some lifers out there hustling, but in this case Yacoub was just doing what he felt was normal: reading a book and watching a ball game. But that’s illegal in most states, you can’t even BUY a book without breaking a law or two. So he was guilty. Everyone saw him do it, hell he didn’t deny it; he was not ashamed. He was in fact nothing at all about the ordeal. But he ran.

He ran because deep down he knew, that in the end it wasn’t the reading of the book that made him have to flee, but it was the mere act of there being a cop to run from in the first place which was enough to make him feel like he was being smothered in a pillow. And in the end, he ran from the cops because he felt happier this way, so he never looked back.
No comments:

Email ThisBlogThis!Share to TwitterShare to FacebookShare to Pinterest
Labels: Story

This one year I was jealous of my friend Margarito because he was more romantic then me. As a gift to get a girl to notice him he stole the sign of the street which bared the same name as her. I don’t remember what her name was, so let’s just say it was Marylou Wy. Now I’m pretty sure Marylou didn’t like Margarito and this was a mere token of unrequited love, but to me, it was Loyd Dobler. I must make this idea mine! So I did. I was to steal the street sign that bore true love’s name, Rosecrans Blvd.

I recruited the help of my best available friends, Raymond, and Tyrone. Now Ray and I had gone way back, I mean we had a real kinship towards each other. He was the cool guy and I was the guy that wanted to hang out with the cool guy. We were tight. Tyrone I had met the year before, he was a pity friend I made as a favor to my ex-girlfriend, but he was cool and fun to be around. The “mission” was to start at 3AM, Saturday morning; a good hour I thought to get away with a crime. I still think it’s probably the best time to commit a robbery, you just have to avoid looking creepy, which is harder than it sounds at that hour.
Now I trusted Ray to show up but Tyrone, not so much. No disrespect, I’d played Walter’s Joe Montana at his house but I mean, I just didn’t think the guy had much interest in going. Ray though, gave me his word. 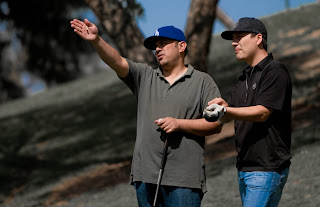 So Friday night rolled into Saturday morning and it’s like 2AM. My dad’s still awake. That bastard loves to stay awake and he never goes to sleep. You knew if it was 2AM he was just thinking about going to bed. I used to wake him up at 6:45 on school mornings too, and I’d do it with an attitude. What a punk, if I could go back in time I’d kick my high school self in the balls. Anyway, I get the idea that if I pretend to go to sleep then he would probably go to sleep soon after. Some strange father son competition to see who can stay up longer. You win pop, I’m dog tired. And it worked too because he went right to bed afterwards. Success! Now all I had to do was stay awake in a completely dark room. It wasn’t easy but I lay in bed with my arms strapped around the alarm clock.

3AM, time to bounce. I crept out of the house avoiding the creek in the floor. I got in my car, and rolled it like half a block with my lights turned off so I can start it without my parents hearing. And just like that I was off. I drove to Ray’s house, the lights were off. I went to his window and called his name, nothing. There were no cell phones back then, so that was all I could do. I did it for like 15 minutes, but there was no answer. He fell asleep and short of breaking into his house and shaking him awake there was nothing I could do. And if you know the layout of Raymond’s old house you can totally see yourself doing it, it was a piece of cake in fact. But this was Paramount, and those sorts of things aren’t done there unless you’re in the mood for at bare minimum, a shovel to the head. So I left.

To Tyrone’s house, empty handed. Now you don’t understand, without Raymond this caper is impossible for me emotionally, but unrequited love being what it is, I had no choice. Now Tyrone was the youngest bachelor I had ever met. For reals. His parent’s house had a little bachelor apartment attached to the garage. It was small and I’m sure, cold in the winter but it was all his. And there wasn’t much in there that I can remember. Just a messed up bed and a T.V. I walked through his gate, went to the back room and the light was on in his room. I peered in the window and his TV was on. He was awake! I knocked on the window, nothing. I called his name, nothing. The son of a bitch had fallen asleep watching TV. Fuck it, I banged on his window. That woke him up. And that’s how two dumb, sleepy, idiot teenagers found themselves out in the streets of suburban Los Angeles at 3:30 on a Saturday morning way back in the Winter of 1991. 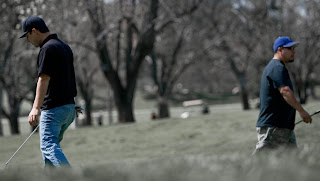 Now I found the sign, which was no easy task, and I was disappointed ultimately because I had failed to bring a ladder. Almost 4 in the morning and two high school Latinos loitering around a street sign. So we gave up. I drove us back an utter failure. I came down Imperial, making a right onto Wright and just after the Shell station, just before that first light, a woman with spandex pants and no top came running into the middle of the street and flagged my car to a stop. She was ranting about how her boyfriend was trying to beat her and she jumped out the bathroom window. She was like, mid twenties, pale skin too much makeup and definitely fresh off the boat. I let her in. It was a two door so Ty had to get out in order for her to jump in the back. I gave her a jacket I happened to have in the back seat and my high school mind thought about how her bare breasts were rubbing the inside of my jacket. Tyrone got back in the car, he didn’t blink. This whole ordeal as far as I could tell, didn’t faze him in the slightest.

I drove her back to the shell station and we called the cops, they came in a flash. Our job is done; we can go home, but not so fast. The cops spoke no Spanish, and she of course spoke no English, I would have to translate. Looking back on it now that makes no sense. Ty knows infinitely more Spanish then I do. Now about this time I am starting to notice on my little Casio that it’s 5AM and about 56 degrees Fahrenheit. I gotta get home, but the next thing I know I’m in the front seat of a Police cruiser with the girl in the back, part of me thinking that being in the front seat of a police car is kinda cool. Siren, shotgun, SCMOD, neat! At this point I have no idea where Tyrone went. I think he stayed back at the gas station with more cops. We drive back from where we picked her up and this wiry brown figure dashes across the street and down the road. “That’s him!” She shrieks from the backseat. We lose him but the other squad car picks him up.

We translate some more for them and then the cops let us go home, never once thinking twice what two teenage kids are doing on the road at that hour with pruning shears and a half naked lady in their backseat. 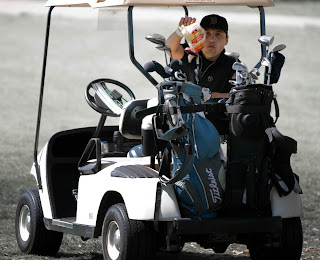 Nowadays I consider Tyrone a close personal friend. One of my favorites in fact. We play golf and talk baseball. Ray, I have no idea what ever happened to him. 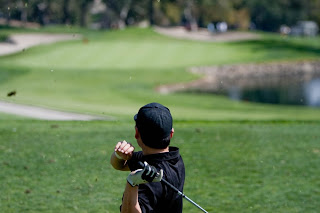