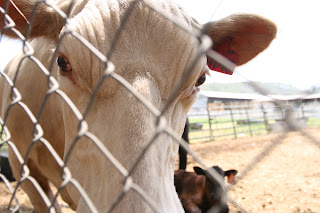 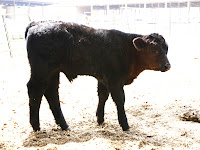 Half a world away innocent people struggling for normalcy die by the score while a war wages all around them. Like you and I, they stand in line at the grocery store, struggle to raise their kids, and occasionally watch an episode of Lost, yet they’re surrounded by violence perpetrated by war mongers and fanatics.

Why anyone wages war is open to debate. What is just to some is murder to others but regardless of the why, millions of innocents who are not the extreme in one way or another die. “Civilian Casualties”: 10 million in WWI, 47 Million in WWII, 3-4 million in the Korean War, 2-5.1 million in Vietnam, 2,300-200,000 in the Gulf War, and between 75 and 82 thousand deaths in the Iraq war. No matter the conflict civilian casualties almost always far outweigh the casualties sustained by the people actually fighting the battles.

I’ve been fortunate enough to grow up and live in Los Angeles where I have seen exactly zero effects of any war ever waged. So while innocents die in other countries I take pictures of cows. I am grateful, but it still doesn’t seem right. I won’t state my opinion on whether the war we’re fighting now is right or wrong (it’s wrong by the way) but what I will say is that everyday shmoes like us and them always foot the bill over it. They have faces, they have families, and they should never be forgotten or dismissed.

A small cross section of current civilians trying not to become a casualty:

Mohamed's latest film, Alhaam was filmed under the most extraordinary circumstances in which cast and crew were kidnapped several times by insurgents and Iraqi groups working for the American Military.

If you know of any other civilians that have died or been injured in any war please let us know about it.

"It's Time for Dodger Baseball" 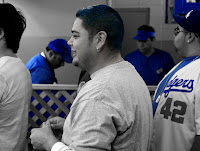 Almost every Brit I know hates baseball because it calls its championship the World Series. Get over it. It was a marketing scheme developed 104 years ago, it ain’t changing for you. You want in? Pick up a bat. And not that weird flat kind. Seriously, cricket looks like a grownup version of over-the-line in formal wear.

Out of 162 days of Dodger baseball, opening day is by far my favorite. It never sets the tone for the year to come, it’s not the most meaningful game of the season, and it’s usually a little too cold for baseball but, it means that for the next six months I can have an opinion about something.

Look for the Rockies and the Red Sox to meet in the fall classic later this month with Boston coming out on top. Then, look for the Dodgers to take it all in 2008. We’ll get them next year! 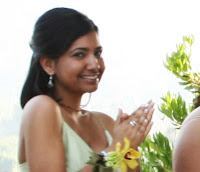 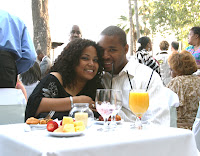 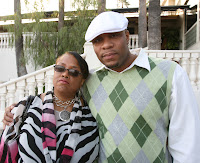 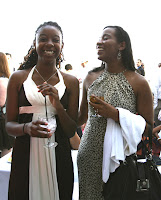 Webster’s Dictionary defines a wedding as, “A small rocklike protuberance. Egg-shaped in nature; soft and with a gooey center.” I hope to be wed someday myself. Wed like a fox!

Jaime and Camille got married last May. I bought a suit, Simona straightened her hair.

It was out in Pomona so we stayed the night. I’ve never stayed at a hotel where the lobby was the penthouse and you went down two floors to your room. But I don’t mean to sell the place short, the room was equipped with a foodbed afterall. Maybe that’s why it was so popular with the senior circuit. I wonder how many of them were in town for the Old Convention and how many were just paying for their room by the hour.