In America you can always find a party. In Russia, Party always finds you.

In America, you have telephone poles. In Russia we have Poles who telephone.

In America your flag pin is red, white and blue. In Russia we have a different flag.

In America you cling to guns or religion or antipathy to people who aren't like you. In Russia we really hate that about you guys.

In America you elect a president using a confusing system of delegates. In Russia we think that’s outdated and sometimes irrespective of the popular vote.

In America you deregulate your airlines only to have them re-regulate themselves into a lesser, more hazardous, more expensive conglomerate. In Russia we’re smarter then that.

In America marrying multiple underage girls and having large families with them all is an illegal act called polygamy. In Russia we have the same thing but we call it "Family Night at Chilis." 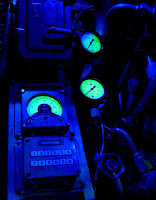 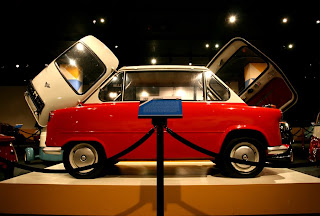 Here in the car (museum)
I see relics gone by
When the fuel was forever
And the ultimate status symbol
Was a car. 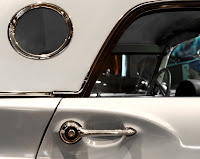 Here in the car (museum)
I walk through the halls
Meanwhile war wages on
Just to supply
My car.

Here in the car (museum)
I see gas prices rise
Maybe five bucks a gallon
Don't know how to afford
My car.

Here in the car (museum)
Thinking of ways to conserve
Gonna get me a Vespa
So I can replace
My car. 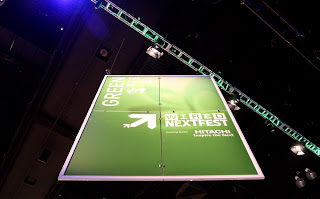 In the future we will all be wearing more loose fitting underwear.

In the future fine fashion will be made of potato skins because of its unique texture and delicious aroma; sadly this will drive perfume sales to record lows, eventually bottoming out the industry.

In the future hepatic technology will make the sense of touch obsolete for all but a few robots, those robots will be considered "wannabes" and will be snubbed at all the coolest nightclubs

In the future a man/woman can make a living by shucking oysters full time, but they will not do so because oyster shucking will be considered murder.

In the future the Mexican civil war between the Rockeros and Los Emos will end tragically when a Rockera named Julieta commits suicide after her Emo lover Romero is assassinated by her cousin Chancho.

In the future lunar field trips will be possible but only for children with 'special needs'; normal kids will have to go to the tide pools at Cabrillo Beach…again.

In the future lemons will cost $3 each and a slice of pie will be given away for free by school children dressed as the girls in the "Simply Irresistible" video.

In the future hackers will break the 4th dimension causing rifts in the space-time continuum where you can get male enhancement products and chumps from Nigeria need your help to claim the millions their dead uncles left to them. 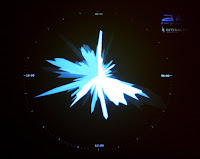 In the future swarms of killer bees will invade the United States and with their funky beets and modern lyrics they will cause mayhem on American pop charts.

In the future, due to the great aluminum shortage beer will no longer be stored in cans but rather in gold cylinders called “rings” thus troubling many husbands when they misunderstand their wives and get them a pair of gold beer-rings for Christmas.

In the future laptops will become hand tops, thus causing millions in damage all across the country during our newest and coolest holiday, National High Five Day.

In the future internet dating will be considered passé and all the hip youngsters will go retro by clubbing their desired girl or boy over the head and dragging them to their pimped out caves. 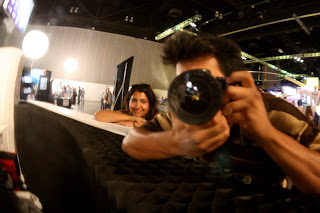