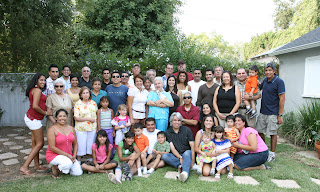 My dad used to tell me the story of my grandfather during the great depression . He told me about a US government which offered

Mexicans a free train ride to the US/Mexico border and then an offer to pay half of their train ticket to travel anywhere within Mexico. Coach, one way. My grandfather seized it; he would have been a fool not to. He and

my grandmother packed up their son and two daughters, and moved back to Sonora, Mexico. It's a happy story about a man making a choice to better the lives of his children. Today I wonder if that's the truth, or if it's

It was called the Mexican Repatriation and it was a lie from the beginning. Repatriation is what you do with refugees after a war when they want to go back

home. What was done in the '30s was nothing of the sort.

Some were American citizens that never mattered, some were asked for papers and dragged off before they could be produced from a nightstand, all of them

were the result of bigotry. The Irish were not asked to leave, nor were the Italians or any European for that matter, but lord help the Mexican who was taking a job from a deserving American. Couple that with Eugenics, the prevailing "scientifically" backed racial hatred of the day, and the Mexican undesirables had to go. My father

tells me the story and says it was my grandfather's choice to go back and that may be true. When the program first started some Mexicans did leave the country voluntarily but when they didn't leave fast enough the US started to push and push hard.

A decade later the US went to war and my uncle Hector, as an American citizen came back across the border and enlisted. He was followed by his sister, my aunt Maria Jesus, and then the rest of his siblings. My father finally making it back to the US

in 1962. It's the second attempt by these Aguilars to get themselves a piece of the American Dream. We're a family once denied. But guess what suckas, we're back and we are going nowhere. Lock up your children because we're eating them for supper! 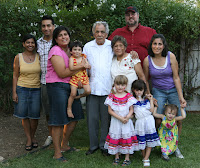