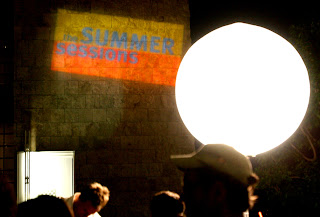 If you've ever had a gaping

hole
surgically created somewhere in your chest then you'd understand. Like most amputees there's not only a feeling of still wearing the limb but of it actually weighing even more then it had before. Imagine a slab of concrete attached to a forty

pound chain welded to your ribcage and you have an idea. You walk slower, and you breathe more shallow, but I guess that’s what to expect when you have your heart removed.

Luckily it wasn't permanent. Mine was in India at a ceremony for her Grandfather. 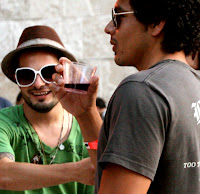 of my normal functions but at half wattage. Surprisingly aside from the afore mentioned ailments I was as nimble as usual I just possessed a tenth of my usual joie de vivre.

found breathing to be twice as easy. The air seemed cleaner and even food tasted better. To that end I had a taco for dinner and I plan on taking up running again.

On a separate note El Insituto

Mexicano del Sonido is creating some of the best music I’ve ever heard.