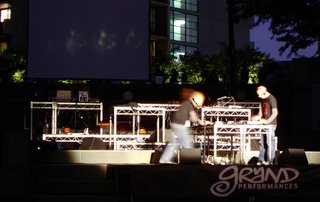 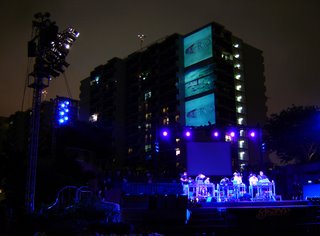 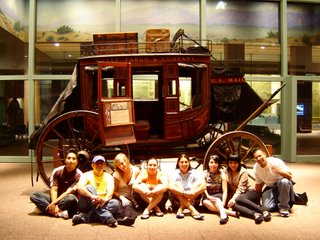 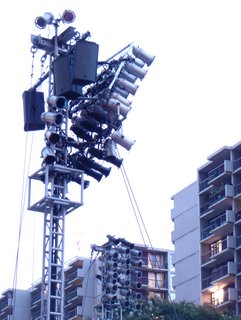 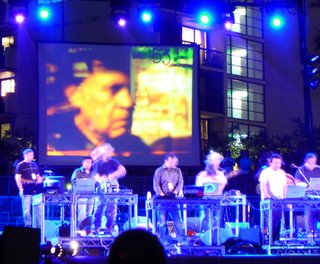 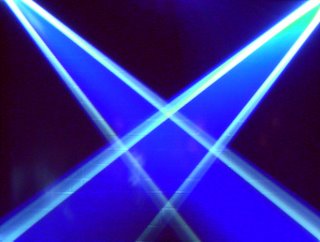 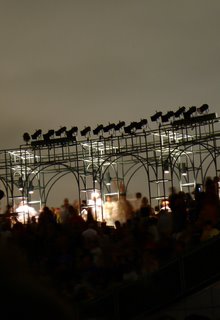 Luckily after Anthony's service there was a free concert I had to go to. Juan as usual hooked us up with great seats.

Juan Colato (second from left) works for the Wells Fargo History Museum as it's curator. One of the big perks of his gig (aside from ruling the fool's gold line with an iron fist, and having like six months of vacation a year) is great tickets to public events. Odds are, if I'm in a good seat, Juan is directly responsible.

Now the Nortec Collective show was a Grand Performance show so it was free, but Juan scored us VIP seats for the event. i.e. just across the pond.

Opening for the Nortec Collective was the Mexican Institute of Sound and they rocked. I knew from the second they came on stage mimic punching each other; I was on board. I think I liked them more then the Collective. I bought their latest album Mejico Maxico at the show and think you should pick it up. Absolutely, no question.

When the Nortec Collective took the stage, they were huge! I saw them a couple years ago and there were about six guys on computers playing to a packed house. This night they not only had like 8 guys on computers but also a full compliment of instruments behind them. Accordion, trumpet, clarinet and the rest. It was a hell of a show, and the crowd really got into it. I would have bought Tijuana Sessions Vol. 3 but they sold out.

Afterwards Juan (of course) took us all to Moca for Night Visons.