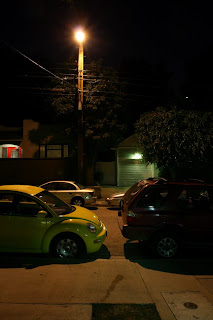 Growing up I always wondered where I would get stuck. My older co-workers and friends blast hair bands like Poison and Motley Crew. My sister trains her daughter on a strict diet of Bon Jovi, while her husband feeds them Rush. My dad is still in Mexico listening to Mambo, Danson, and Trios. Once on a date I asked a girl if she had heard to the new Weezer album, she asked me, “What’s a Weezer?” She was stuck in the early nineties, the bad part of the early nineties. But me, I never want to get stuck anywhere in any time. It’s becoming increasingly impossible. I live in Los Angeles and the radio stations are unbearable.

Indie 103 burned out instead of fading away. It was really a bummer when we lost that station to yet another Latin music hodge-podge.

The same fate met my beloved 107.1 and before that Groove 103. I love my people, but seriously how many radio stations do we need? For new and in the know music I listen to KCRW but they’re quickly becoming too bourgeois, and are risking being classified as a world music station in my book. Where’s my God damned rock and roll!

By far the biggest disappointment in my radio life is KROQ. What the hell happened? Back in the day they were the first and the best station. Barely legal and broadcasting out of what felt like some dude’s living room, you heard first, the Smiths, Depeche Mode, Joy Division, the Clash, The Cure, and on and on and on! Hell I can remember a day when I felt I wasn’t even smart enough to listen to KROQ. Nowadays it’s a steady diet of Red Hot Chili Peppers, and it's dangerously close to being a classic rock station when it routinely plays Nirvana, the Smashing Pumpkins and Sublime. Don’t get me wrong, they were something back in the days before the internet when I wore flannel in the summer. I think I heard them patting their own backs for playing "Paper Planes" by M.I.A. a full year and a half after her album came out and months after I saw the Slumdog Millionaire, still they touted it as “new music.”

At the risk of sounding like an old man who hates it when the neighborhood kids step on his lawn, what the hell are these kids listening too?? I don’t know, I just feel like music meant more when I was younger. Where is today’s Bowie, Queen or even Devo? I know they exist, they must! Musicians with something to say and talent to say it, so why are no radio stations in the biggest city on the west coast playing it? The city, instead of breeding rebellious malcontented teenagers who are pissed off at the world, is creating bland, Abercrombie and Fitch, homogenized middle America. I boo this. Makes me wonder: as a senior citizen will I be afraid of America’s youth or will they be afraid of me. I may be an old timer, but at least I’m cooler than they are.

What are you listening to? Help a brother out and leave a comment. 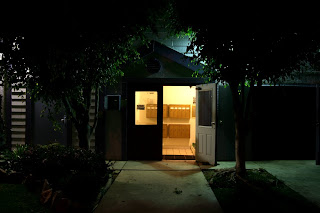 the courteeners and kinky are a couple of bands i just found out about that i can't get enough off. (and not in a gay way either)