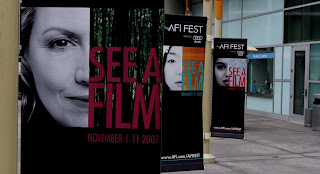 My father loved movies as a kid so as an adult he took it upon himself to educate his family on some film history. This was a lot

harder to do in the late 70’s and early 80’s then it is today. We’re talking about a time when renting video tapes required a $500 deposit, and buying video tapes was just an astronomical expense. So, his

pickings consisted of whatever happened to be playing on broadcast television or laying around collecting dust at South Gate’s Weaver Library. And still, through these meager methods he was able

to amass quite the film archive. While film heavies like Citizen Cane, Casablanca or Some Like It Hot escaped my early education I was able to get a strong dose of West Side Story, Singing in the Rain, and Gone With the Wind.

It’s this that I remember most about my childhood relationship with my Pops; him telling me I “have to see this” film. When you combine his library

with his love for Super 8 and video tape equipment it's no wonder why my career lies in the film industry.

Nowadays I seek out my own movies and every once in a while I see one with my dad, though not as often as I’d like.

And I collect too, it’s so much easier to do so these days. I don’t like clutter so I go through my library and every year about three members of my collection are dealt in a garage sale. If ever I don’t know whether I should keep a particular title or sell it I ask myself the simple question, “if I were dad would I tell my kids, ‘you have to see this.'” At that point the decision makes itself. 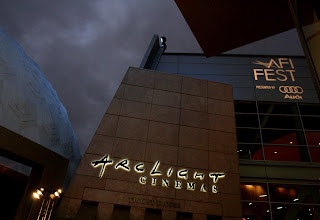 Love the colors in these dark photos of LA. Familiar places in unfamiliar ways. Nice story too.

Dude, you have a gramatical error in the 1st paragraph, 2nd sentence. It should be: This was a lot harder to do in the late 70’s and early 80’s thAn it is today.

Thought you should know. Other than that, kuddos to you brother.

"GRAMMATICAL" is spelled with two Ms.

you forgot The King and I that was a biggy.

Turo: I just read this... what is this, page? by chance exploring Facebook, let me tell you I felt very touched by it, however I'll take the liberty to add something feeling I contribute.
Your mom and I had also "witnessed" together:
The born and obsolescence of the Boening 747 and Douglas DC10.
Video games. (Remember we played tennis with a single pixel across the screen that you had to return to your opponent with a lever? I paid $70.00 dollar as a Christmas present for you guys in the late 70's.)
Home Video.
All Chapters of Star Wars.
Fernandomanía
We were pioneers of AYSO in South Gate.
The second Olympiads in L.A. The first one was in the 30's, when they built the Coliseum.
Wireless phones.
The closing of the Herald Examiner.
The first World Cup in USA.
The death of Pérez Prado.
Digital sound.
The end of 70 years of the kingdom PRI in México.
Cell phone and every single step that follow them. And most recent: The election of the first African American President in the USA.
And finally: Digital TV, well in a few months.
And about the movies, Nanis reminded you about "The King an I" and I remind you about "Tora, Tora, Tora" and "Around the World in 80 Days" don't forget this one it cost me a bundle to rent.
You really make feel very proud, not for what I have accomplished but because of the 3 kids I have. Some how this remind me of the 3 stages of a man, as nature, not as sex:
1.-Mad dad beats yours.
2.-This damn old man pushes me too much.
3.-My dad used to say.