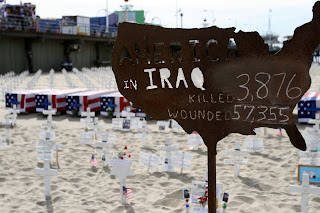 If you haven’t heard by now, even the prime minister of Iraq, Nouri al-Maliki, is calling withdrawal of American troops by early 2010.

In an interview with Der Speigel magazine, he said: "US presidential candidate Barack Obama talks about 16 months. That, we think, would be the right time frame for a withdrawal."

None too soon as far as I’m concerned. These photos were taken in late November so the numbers are wrong. The combat death toll as of this post is actually 4,131. 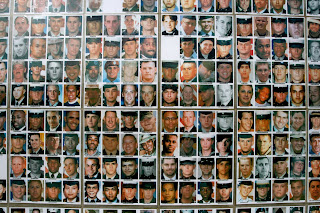 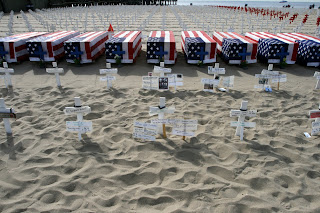